All books available in print or Kindle eBook!

Rise of the Forgotten (Book 1)

Secrets of the Cronal (Book 3) 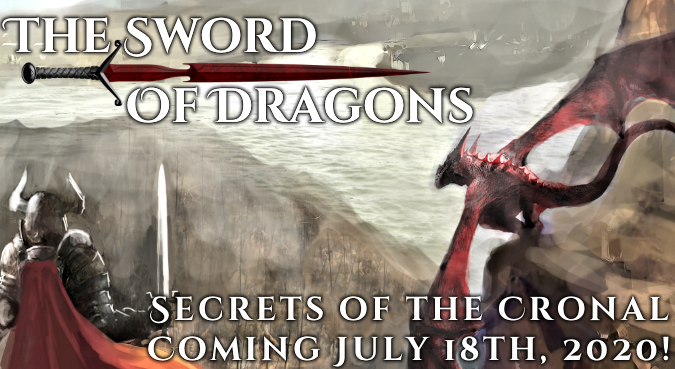 Secrets of the Cronal has an official release date - July 18th, 2020!  Click here to pre-order your Kindle edition today!

The Secrets Shall Be Unveiled, To The Peril of All

Halarite reels from the cataclysmic events of the Burning Skies.  Unrest plagues the Four Kingdoms, and religious ferver grows ever more rampant.

When Nuuldan brutally attacks the Wizards' Guild, Cardin, Endri, and the rest of the team leaves Halarite in pursuit.  In their absence, a powerful entity calling himself Ziarel, one of the Six Gods of the Order, seizes control of Tal.

As Zairel mercilessly seeks the four parts of the Cronal, the kingdoms learn that the covenant hid the truth about them.  If Zairel obtains all four, he will become and unstoppable force, capable of conquering not just Halarite, but the entire Universe.

Welcome to the Sword of Dragons