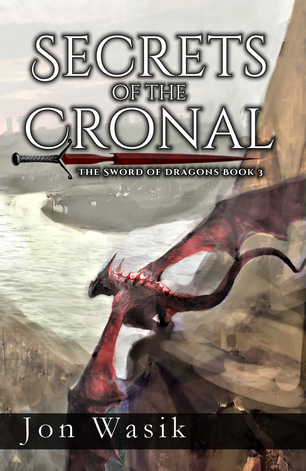 The Sword of Dragons is a fantasy adventure series written by author Jon Wasik.  The series continues to bring readers an epic journey into a rich and diverse fantasy world full of wonder and intrigue! The first novel was published in May 2015, with the second book following one year later, but have since been re-released as 2nd editions.  Book 3 was subsequently released on July 18th, 2020.

The series is primarily set on the fictional world of Halarite, a human-populated world where magic is real, dragons are legends, and the four kingdoms battle in Lesser Wars every few generations.  To find out more about Halarite, its people, and its history, visit this website's section on The Worlds of TSOD.

To learn more about each novel, use the menu above or click one of the following links: