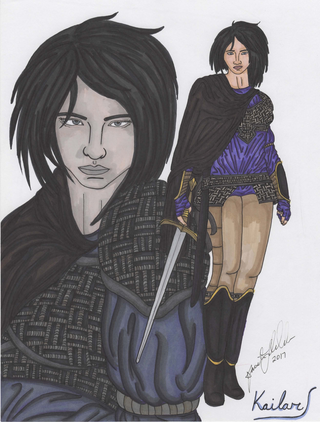 Once a powerful member of the Warriors’ Guild, Kailar abandoned her position when she became convinced that the Guild had strayed from its original mission.  Since then, she has sought a means to stop the Guild and to unite the four kingdoms under her banner.

Cunning, skilled, and possessing a keen intellect, she is a formidable opponent who will do whatever it takes to achieve her goals.  However, she does not trust anyone, and will only work with others when absolutely necessary.  Otherwise she spends her life completely alone, living in the wilderness, always on the move.

When she learns of the Sword of Dragons, she becomes obsessed with finding it, knowing it has the power to let her take control of the four kingdoms and bring the world to order.