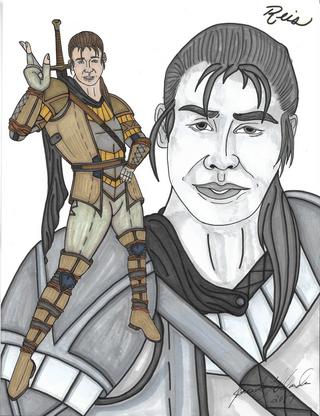 Reis grew up with Cardin and Sira, but unlike his two best friends, he has no magical abilities whatsoever.  Always envious of his friends’ skills, throughout his Warrior training he chose to forgo a shortsword and shield and chose to learn the longsword, as a Mage would.

Reis was always known as a joker, and often was the life of a party.  If he could help it, he never was without a smile.  Even when life became serious, he found a way to lighten the mood and make everyone smile and laugh.

But in battle, there are few who can match him.  He fights with a determination, strength and speed that has made him one of the most valuable Warriors in the Guild.

More than that, he is the most loyal friend to be found.