The final battle has begun!  As Arkad races to find as many of his soldiers as he can, the Allied army closes in, as do the flames of a great fire.

When Din leads a team against the To'kar, Amaya stands between him and their enemy, hopeful for a peaceful resolution.  But Din is not interested in peace.

Young Zerek helps the thieves break into the castle to find evidence of the throne's lies.  But this time he may have gone too far, and the result could be life in the dungeon, or worse!

With his army defeated and on the run, General Arkad leads a daring mission to distract the enemy and give his troops a chance to escape.  His mission?  Invade Archanon

Meanwhile young Zerek decides to offer something to Laira, the thief he has been chasing after for so long.  But her response to his offer is not what he expects.

When Amaya runs into Commander Din once again, a most horrifying future appears before her, and she must confront the King about it. 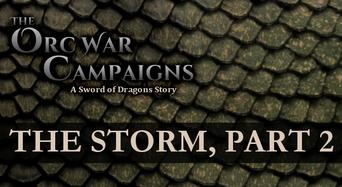 Episode 4 - Into the Forge

While learning to protect himself from a castle guard, Zerek has become obsessed with finding the thief from the Markest District.  Every spare moment he has, he and Endel search desperately for the unknown woman who stole his heart.

Meanwhile, religious zealots have taken up arms and shut down the famous Forge District of Valaras, the key supplier of weapons and armor for Tal forces.  Amaya has been dispatched by the King to convince the group to allow the Forge District to resume operations.  Failure means certain defeat against the orcs.

In the wake of Arkad's attempted in invasion, Zerek realizes his greatest dream comes true!  But his day of glory does not last, when Laira finally reveals to him the truth she has kept hidden from the moment they met.

Fearing Arkad, Amaya's team is tasked with finding the General and stopping him at all costs.  But the General has his own orders: hunt down and destroy a rogue village of orcs.  Taken aback by his orders, Arkad begins to question his allegiance, and his will to fight the war... 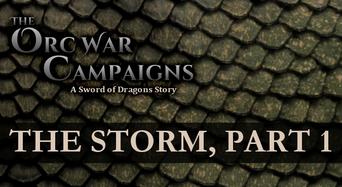 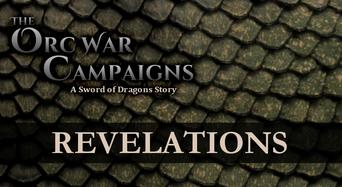 As the vast armies of the Allies begin to muster for the new war, the Allied Council decides it must strike back at the orcs immediately to retake the Relkin camp.  When they do, they discover a new and far more dangerous orc leads the enemy army.

Amaya and her team are allowed to return to their hometown one last time before they begin serving as Guardians of Tal.  Meanwhile young Zerek must choose between two paths in life - either become a Cleric of the Order of the Ages, or become a castle servant.

Far to the south of Archanon, the Relkin Mining Camp is assaulted by an orc army, leaving only a teenage boy as the sole survivor.  Now Cardin Kataar and his friends are tasked with scouting the orc forces to determine their strength.  But no one is prepared for the size and strength of their enemy.

In Archanon, a former Warrior imprisoned by the Prince is pardoned and released.  Where will she go?  What life can she lead now that the Warriors' Guild is lost to her? 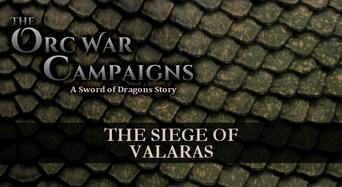 On the eve of the most important battle of the war, Amaya has been captured, and must either find a way to escape, or broker a peace.  Are the orcs really the monsters she was led to believe?

Meanwhile, Arkad decides to mount a daring rescue at the orc camp, hoping to safely return with his darksteel orcs to give them all safe haven from the humans and his former shaman.  But the risk is great - if their escape is seen by anyone else, the To'kar could be hunted to extinction. 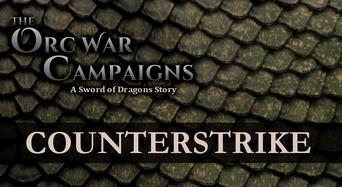 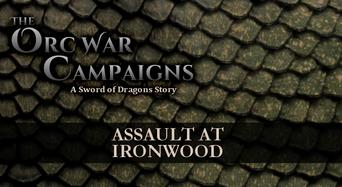 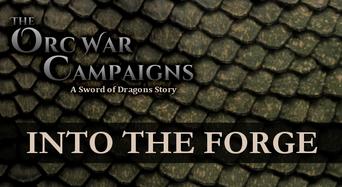 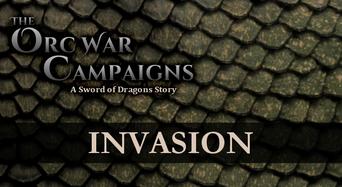 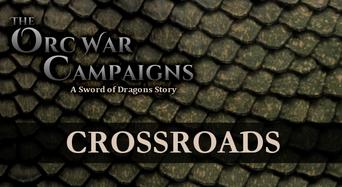 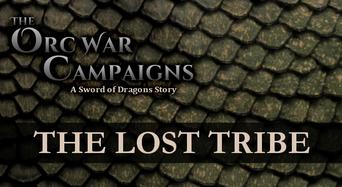 When Arkad awakes after their brief battle in the ruins of the To'kar, he finds himself a prisoner of Tana, the leader of the To'kar, and much to his surprise, a powerful shaman!  Now he must decide where his loyalties lie, and whether his people have a future or not.

As Amaya continues to try to track down Arkad, they come across a survivor of the attack in the camp, and must decide what to do with him.  Meanwhile, as Zerek begins his training to become a soldier, he meets with the leader of the thieves, and learns that the throne has been keeping a horrible secret from the people...

Episode 4 - Into the Forge

While learning to protect himself from a castle guard, Zerek has become obsessed with finding the thief from the Markest District.  Every spare moment he has, he and Endel search desperately for the unknown woman who stole his heart.

Meanwhile, religious zealots have taken up arms and shut down the famous Forge District of Valaras, the key supplier of weapons and armor for Tal forces.  Amaya has been dispatched by the King to convince the group to allow the Forge District to resume operations.  Failure means certain defeat against the orcs.

With the discovery of the orc insurgents at the Ironwood Lumber Mill, Amaya rallies her team together to attack the orcs and take back the camp.  But she must first get past her former Guild Commander, Uric Din.

Zerek is trusted with his first assignment as a courier and heads out into the big city for the first time.  But when a thief steals his orders, and his dagger, he is led on a grand chase through the city, desperate to get back the only piece of his family that he has left.

Episode 5 - The Siege of Valaras

Arkad leads his orc army on a siege of Valaras, devastating the city's defenses and very quickly breaching the city gates. Now Amaya and her team must work together with Commander Argus's Warriors to hold back the storm long enough for reinforcements to arrive.

In Archanon, Zerek and Endel sneak out into the city to make their way to the watchtower.  Although Zerek does finally find her, he finds himself once again chasing after her, with the city guard chasing him!